The scenic guide to the universe that anyone can edit.

We are currently editing over 174 articles, and you can help

Tyrian is a vertically-scrolling shoot 'em up for the MS-DOS operating system, originally developed by World Tree Games and published by Epic MegaGames in 1995. The game received a few updates along the way, which included new features and bug fixes. The last official release was Tyrian 2000, published in 1999 by XSIV Games.

The game was officially released as freeware in 2004, and the graphics were made available under an open license in April 2007. The game is now available for free on GOG.com.

The Case for Tyrian - The Best Shoot 'Em Up Ever Made 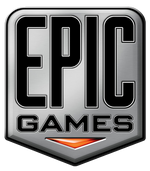 Want your community included? See how!