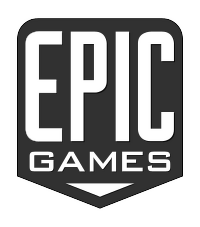 Epic Games, Inc., also known as Epic and formerly Epic MegaGames, is an American video game development company based in Cary, North Carolina, now associate of Chinese Tencent Holdings. They are well known for their Unreal Engine technology, which has powered their popular in-house Unreal series of first-person shooters, and the Gears of War series for the Xbox 360.

It is the parent company of game developer Chair Entertainment. It has also set up studios in Shanghai, Seoul and Tokyo. Key developers at Epic Games include chairman, CEO and technical director Tim Sweeney, and lead programmer Steve Polge. Jerry O'Flaherty was the studio art director from 2003 to 2007. Chris Perna has been the art director since O'Flaherty's departure from the company. Cliff Bleszinski, Epic's design director, announced his departure on October 3, 2012.

Epic Games was initially founded under the name of 'Potomac Computer Systems' in 1991 by Tim Sweeney in Rockville, Maryland, releasing its flagship product, ZZT, the same year. During the latter portion of ZZT's life span, the company became known as Epic MegaGames and subsequently released numerous popular shareware games, including Overkill, Tyrian, Epic Pinball, Brix, Dare to Dream, Jill of the Jungle, Kiloblaster, Xargon, Solar Winds, Ken's Labyrinth, Jazz Jackrabbit, Radix: Beyond the Void, and One Must Fall: 2097. During this time, Epic also published and sold games developed by other developers such as those by Safari Software and also XLand's Robbo, Heartlight, and Electro Man; and Renaissance's Zone 66.

In 1997, Safari Software was acquired in whole by Epic MegaGames and some of their titles as well as other pre-1998 games were sold under the Epic Classics brand until late 2012.

In 1998, Epic MegaGames released Unreal, a 3D first-person shooter co-developed with Digital Extremes, which expanded into a series of Unreal games. The company also began to license the core technology, the Unreal Engine, to other game developers.

In 1999, the company changed its name to Epic Games and moved its offices, including its Rockville headquarters, to Cary, North Carolina. In 2006, Epic released the Xbox 360 and PC bestseller Gears of War and completed work on Unreal Tournament 3 for PC, PS3, and Xbox 360.

In summer 2009, Epic released the Chair developed Shadow Complex on Xbox Live Arcade. On November 7, 2008, Epic Games released Gears of War 2, the sequel to their bestselling game Gears of War, which continues the story of humanity's struggle against the Locust Horde.

Epic worked on an iOS game Infinity Blade which was released on December 9, 2010. They also released Gears of War 3, the third game in the Gears of War series on September 20, 2011.

In June 2012, Epic announced that they were opening up a new studio, Epic Baltimore, made up of members of 38 Studios' Big Huge Games. Epic Baltimore was renamed to Impossible Studios in August 2012. However, the studio ended up closing its doors in February 2013.

In July 2012, Chinese company Tencent Holdings acquired approximately 48.4% of Epic then issued share capital, equating to 40 percent of total Epic — inclusive of both stock and employee stock options, for $330 million. Tencent Holdings has the right to nominate directors to the board of Epic Games and thus accounted for as an associate of the Group. A number of high-profile staff left the company months after the deal was announced.

In October 2012, Cliff Bleszinski announced he was leaving Epic Games after 20 years with the company. His official reason was "It’s time for a much needed break".

In December 2012, Epic Games president Mike Capps announced his retirement and cite the reasons as the arrival of a baby boy he is having with his wife and his plans to be a stay-at-home-dad.[16] He subsequently announced his departure of his advisory role as well as his affiliation with the company in March 2013.

In February 2013, Impossible Studios was closed, less than a year after its opening.

On January 27, 2014, Microsoft acquired the Gears of War IP from Epic Games. The first game since the acquisition (Gears of War 4) will be released by The Coalition, taking over the development duties from Epic.

On May 8, 2014, Epic Games announced a new Unreal Tournament title. The game will be free, open to modding, and essentially developed alongside fans.

On November 4, 2015, Epic Games announced a new third person MOBA game called Paragon. The game is slated to release in early 2016, for PC and PlayStation 4, with playable characters expected to be unveiled gradually throughout November.